The last time I posted here I was suffering from a staph on my wrist that caused my whole left forearm and hand to swell and turn red. It was painful and then it spread to my nose, which also swelled way beyond its normal size and hurt like hell.

I am still taking antibiotics for the infections and they are much better. I still have some redness and a small sore on my wrist, but the rest of me is back to normal.

Last week, while well into my recovery I did get to an evening on the porch with Pastor Mark and MK. We enjoyed some fine wine and cigars, while we discussed what ails the PCA and the world. MK is my doctor, so this porch event was part of my healing process and part of a doctor’s house call.

Gary J. came over one afternoon, after I had recuperated enough to start working around the house again, this gave me an excuse to shut my work down and take a beer break on the porch. I did have to assure him the MK had given his "professional/medical" ok for such a break.

Last night we celebrated Lisa’s birthday. Lisa (the other Lisa) and MK, Donna and Duke and Lisa and me went to Mazen’s for Supper. The food, as always, was awesome, and MK brought a couple of very good wines (Midnight Cellars Syrah, 2002)) as well.

We had a great time. MK and Duke had not meet before, but they seemed to hit it off. It was lots of fun.

I also purchased a pistol since the last blog, but have not yet had the time to shoot it. I also tore out a wall in the kitchen (this is part of our hurricane repair/remodelling work combo). I will be tearing out another wall this coming set of days off, and (with Lisa’s permission) I hope to buy a 12 gauge Benelli shotgun from CC.

Gary is going on straight nights for the next 30 days or so, so I won’t have anyone to carpool with until after the turnaround in his unit is finished.

Today has been slow for me. I have a staph infection on my left wrist. It hurt like the dickens yesterday and is still sore today, but is getting better. I’m taking some heavy antibiotics to knock these things out.

Today I went to the bought a new pistol (CZ-52) from a friend’s pawnshop. Now I need to head to Longville so I can shoot it.

The boy’s and I went to the Seeps for a few minutes this morning and cane home to say good-bye to Lisa she and the Lisa Seep have gone to Houston for a class. They will be back sometime tomorrow.

MK and I hope to get together and sip on some wine this evening, if I feel better. It would be nice to sit on the porch, with a nice fire going in the fire pot, to visit and enjoy a good read wine.

My parents are in Arizona this week. They are “shopping” in southern Arizona and Mexico.


I’m off today. It is a normal workday for me, but I took off because we were invited to a Mardi Gras Ball last night and, even more importantly, I so I could go to church today with my family.

We had a good time last night. It was not as much fun as the last ball because the music was more modern and I’m not much for modern dance music. They did play a few Cajun songs that we could jitterbug to and a number of older songs as well. 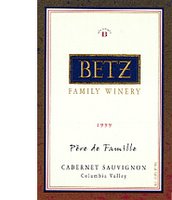 A group of us met at our niece Elisabeth’s house. One of the ladies, Cindy F., brought a 1999 Cabernet Sauvignon Père de Famille from the Betz Family Winery. This was one of the best wines I have ever tasted. I told MK about it and we are going to purchase a bottle or two. It is a bit above my budget, but I think I its worth it for a special occasion.

We went to worship services a Covenant PCA this morning. We really need to move our membership from Bethel in Lake Charles to Covenant in Sulphur. We do live Covenant’s parish now. Pastor Mark is serving as Pastor of both Churches while Bethel is searching for a new pastor.

Personally, I would like to see the two congregations merge until our numbers grow and then we can re-establish Bethel once we have enough Reformed Christians to support two solid Reformed Churches in SW Louisiana.

It’s been a couple of weeks since my last post. I’ve been busy at home and I’m still doing hurricane repairs. Christian and I were roofing the garage yesterday. The east side is done and we are about halfway finished with the west side. I should be up there now, but I am taking a little break to read news, listen to C-Span and post on the blog.

Since my last post much has happened. I bought a tuxedo. Last year I rented one to go to a few Mardi Gras balls. We are going to a couple of them this year as well and it is almost cheaper to buy one.

We went to a ball two weekends ago. It was fun. There was a good band, 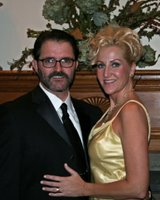 and I danced most of the night. Lisa and I went with several friends, a couple them ladies with out their husbands, so I had to dance with Lisa and our lady friends. This kept me on the dance floor (lots of jitterbugging).

I didn't see anyone at the ball get drunk or act stupid. That's always good, because all it takes is one stupid drunk to ruin a party for lots of people.

We have another ball coming up this weekend (Laissez les Bons Temps Rouler). I hope we can again “pass a good time.”

I have a little less than 50 pages to go in Max Hastings’ book Armageddon: The Battle for Germany 1944-1945. Wow! What a great work of history. I cannot recommend this book enough. It well written and gives pros and cons for all sides, and it moves from macro views of battles and then it zooms in on individuals -- military and civilian – Russian, German, British, American, Dutch, Pole, etc…

I have to get to work. I can only work until 3PM then I have to pick up the little boys from school and help with homework and supper.