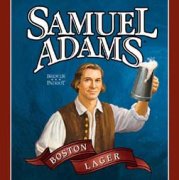 Today was a big day. I got home this morning, poured me a Samuel Adams into an Ice cold mug and read some in F.F. Bruce's Commentary on John's Gospel. After finishing my beer I set down the book and went to sleep. The good/bad news for this morning was the roofers were coming today. They arrived early and started their work, which can be, and was, noisy. I knew they were coming so I put the box fan right next to my head and put in some earplugs when I went to bed. I hoped this would allow me to sleep. The roofers did wake me a couple of times, but I was able to go right back to sleep.

I got up at about 11:30, which is very early, to start getting ready for a wedding. Lisa and I went to Jared and Ashley’s wedding at Immaculate Conception Cathedral. Father Gilbeau conducted a beautiful wedding. After the wedding we went to Mazen’s (the best restaurant in SW Louisiana) for the reception. We ate some wonderful food and visited with friends for a while. I had to work tonight, so I only had one beer (New Castle Brown Ale) and we left the reception early.

When Lisa and I got home or roof was finished and looked good. The blue roof is gone!!!!

C. Cudd volunteered to cover me at work for a few hours so I did not have to go in at the normal time. I tried to sleep when I got home but was unable to so I watched the movie Troy (again) instead.

I got to work at about 7:30. I am tired. This is going to be a hard night’s work. The good news is I am on vacation when I leave here in the morning.

After a very hard night at work (work was not hard –staying awake was hard) I went home and instead of going to sleep I spent two hours looking for our two missing Labrador Retrievers (a yellow and a black). They got out early last night. My wife and son both spent a good deal of time calling for them shortly after their escape from the yard.

Lisa and the little boys left early this morning, so they could run by Walmart before school. As she left the store, one of the boys saw the dogs sitting by the store entrance. We assume they saw Lisa and the boys go in and were waiting for them to come out. They were thrilled to see a familiar face and loaded up in the Jeep and came home.

With the dogs safe at home I finally went to bed. The dogs and I slept all day. I got up in time to pick up the boys, run an errand and I’m back at work.

We did have a delivery of roofing supplies in the yard when I woke up. They should start replacing our FEMA blue roof tomorrow. I had hoped to have the garage roof re-decked so it too could be re-roofed but all this overtime has killed that possibility.

I will do that work next week while on vacation.

I just found out how to put pictures on my blog, so I thought I would start by putting a picture of the man who I think is the greatest man in American history: Robert E. Lee.

Lee was a great Christian man. He did his duty knowing that it would very likely cost him everything he had (and it did). In defeat he remained a humble Christian who sought to serve others and continue to do his duty.

Lee was a man who was gifted by God and he used those gifts to serve the Lord in his calling.

Now on to my own stuff. We have to Labrador Retirevers (a Black and a yellow). Tonight the gate was not closed well and they got out of the yard and are missing. Christian is very upset because he dearly loves Oakley (the black Lab). I'm hoping they're home in the morning.

I did not get enough sleep today. Christian needed my help to run a couple of important errands, so he got me up early and I never go back to sleep. I still feel good but when it gets to 3 or 4 in the morning it gets really rough.

Tonight is my first night of 4 nights of overtime. I was hoping to have the next few days off so I could replace the decking on my garage roof. Roofers are supposed to be at the house Saturday. I was hoping to get the garage finished so they could get everything done at the same time. Since I won’t be able to get the garage finished they will have to come back another day or I will have to do the job myself.

Tonight is my sixth graveyard and I have three more after tonight, then I will be on vacation, which I will use to work on the garage, house and yard. I will have 48 hours of overtime this week. We're going to need the money for lots of Rita repairs.

I’ve started reading F.F. Bruce’s Commentary on the Gospel of John. He does a very good job on chapter one of the John’s Gospel.


Things are still slogging along here in our post Hurricane Rita world. Our house and property are still looking bad, but we are all doing fine.

I’ve been putting in a lot of hours on my garage. I tore most of the deck (that was left) off. I removed all the facial boards off the front of the garage and I then hooked up a come-along and pulled it back to where it was square from east to west, but this through it off north to south. So let out on the come-along and then built a strong back for the north-south run.

It took a number of attempts, but it is now square. With Terry’s help, I’ve replaced the rafters that were destroyed and hope to but the deck on as soon as I get a day off.

At the age of 45 I finally own a new vehicle. We bought several for Lisa over the years but I finally bought one for me. We gave our old van to our niece Kimberlee and bought the bottom line Dodge pickup truck. I also signed for Christian to buy him one and we are looking at getting a vehicle for Morgan.

We went into the hurricane with four vehicles (3 of them were wrecks). After the storm we were down to one vehicle. Now we are up to three.

Rev. Mark Duncan, the new pastor of Covenant PCA here in Sulphur is now a near neighbour of ours. He was a lot of help to me after the hurricane and has stopped and visited with Lisa and me on the porch a few times now. I’m hoping we can soon get to know his wife soon too.

I’m working graveyard shift again. This week I’m driving and Gary is supplying the beer after work. It was exactly the opposite before I got the truck, but now that I have a dependable vehicle he can switch off. This morning Gary, Kevin C. and I all stopped at Gary’s and had a few Killians before heading home for bed. TK was supposed to join us but was unable to do so.

Lisa said that a FEMA rep was coming over to the house in the morning. (Sunday is not a good day for that, but folks with an ox in the ditch have to take these things as they come.

Things are starting to get back to normal. Everyone is back at work and/or school. I’ve started working on things around the house (as opposed to cutting up fallen trees and limbs).

I hope I can straighten it out by taking of the roof and facial boards, and then put it all back together. The insurance is not enough to pay someone to do it, and even if it were it would take months just to be able to get a crew to do it.

The damage in the house will have to wait for me to finish in the garage. I will need to put down new floors and replace a ceiling (sheetrock) and some walls in several rooms. Lisa and I were already planning to renovate the kitchen (one place where we got some damage) so I will do all this inside work at one time.

I am going to hire someone to re-roof (shingle) the house and garage. I’ve been trying to get someone to come out and look at it and give me a bid. I’ve called a number of contractors and have only gotten one of them to come by. He was out of the ball park with his estimate. He quoted me $300 a square (mega price gauging). I have a 12 on 12 pitch so I will have to pay extra, but that is ridicules.

I broke down and bought a new truck to replace the old van the tree landed on. I looked at several used vehicles and decided to get the bottom line new Dodge. This is my first ever official new vehicle and I’m only 45 years old. (My wife has had several new ones, but that doesn’t count.)

I’ve decided that I don’t like hurricanes. Rita has torn this place up. It has been six weeks since the storm and we have a very, very long way to go to get this place cleaned up and looking good again. Even with our damages we are blessed to be able to live in our own house and we still have jobs. That’s better than many of the people around us.

Coram Deo,
Kenith
Ps. I have lots of work to do so my posting will continue to be slow for a while.
Posted by Cajun Huguenot at 07:22 2 commentaires: