Last night LP and I planned to go dancing, but our daughter came over and brought the first season of Heroes with here. Instead of dancing, we watched Heroes. The shows were good. I had never seen it before last night.

This morning I woke, went to the kitchen and worked on breakfast. I cooked pain predu (lost bread-French toast) which is my signature cooking event. I cooked pain perdu because Morgan requested it; she slept here last night because her husband was out of town. Breakfast was a big hit. Pain perdu has always been a special treat for our kids.

After breakfast, we got ready and went to worship service. Pastor Steve preached through Psalm 50 this morning. It was a good sermon on worship.

After worship services we came home and put a pizza in the oven for dinner. I had pizza and a beer for lunch. I think I will go for a walk, Lisa is going to work out and the boys are playing in their room.

Yesterday, after Tommy K. and Gary G. came over to the house after work. Tommy's favourite beer is a Belgian beer (no not Budweisers). It is Chimay, a truly great beer, and Lisa went by Kroger and picked up some Chimay (Rouge) for us.

Tommy and I have been on different shifts for a number of years and have not had a chance to visit much over the years. This year we are both on both on the same shift. He arrived at the house a few minutes before I did, and Lisa and the boys showed him the changes that we've made to the house since the last time he and his wife, Kelly, have been over here.
Lisa poured two frozen mugs with Chimay and gave them to us. A couple of minutes later Gary joined us. We had a talk; it was like old times.
Today I got off work early for a doctor's appointment. I went to see Dr. Cohen for my shoulder. He has prescribed physical therapy. I hope that fixs my problem.
Christian called us from the Persian Gulf on Monday. It was so good to here from him. Yesterday, Lisa also spoke with Jessica, our daughter-in-law. She is doing well.
Later,
Kenith
Posted by Cajun Huguenot at 20:42 Aucun commentaire:

I had a very quiet days this weekend at work this weekend. I am reading a couple of items these days. I'm reading To Kill a Mocking Bird and I've started reading Clement of Alexandria.

After I finished Theophilus of Antioch, I returned to Athenagorus and read his book on the Resurrection. I found both authors to be very interesting.

I love reading the Early Church Fathers and my good friend MK has great fun, at my expense, making jokes about my reading habits. It is all in fun and we love to laugh about this. The truth be truth, MK has no room to make fun of my reading, because his reading is just as strange as mine are.

Yesterday, I started my day by bringing the boys to school. I then headed to see Dr. Cohen, and orthopedic doctor for my shoulder. Eight months ago, while swimming a breast stroke, my shoulder popped, that hurt and on the next stroke it popped again. Again it hurt, so I headed to the side of the pool and quit swimming.

Lisa tried to talk me into going to the doctor then, but I wanted to give my shoulder a chance to heal up, hoping it would fix itself. I gave it plenty of time, and my shoulder still hurts, so after eight months of Lisa fussing at me, trying to get me to see a doctor, I finally did.

Dr. Cohen sent me to get an MRI yesterday afternoon. I had never had an MRI before, but I did have a little bit of a nap while in that MRI tube. I go back to Dr. Cohen next week.

Last night my MK came over for a visit. We opened a Hungarian, meritage wine and visited in the living room. We spoke about nerdy things like the Church Fathers, Puritans, recession, medicine, unions, etc...
Morgan closed at Starbucks last night and after they closed she came over and visited with MK and me for a little while.
Today, Mk, Morgan and I met at Cracker Barrel for an early lunch. After that Morgan and I went to Moss Bluff library to pick up her check (she is holding down two jobs). We visited with my niece Elizabeth, who works at the library. Then we got a drink at Sonic and Morgan brought me home.
I spent much of the afternoon (in a near panic) looking for my wallet throughout the house. It was found thes evening in Morgan's car. where I left it after paying for our drinks at Sonic.
Right now I'm enjoying a glass of wine and watching news about a New York plane crash in the Hudson River. Miraculously no one on board the plane was killed.
BTW: The weather hear has been awesome, near freezing at night and in the 50's each day.
It is time for me to go to sleep, so I will sign off of the blog, finish my glass of wine and get ready for bed
Coram Deo,
Kenith I've decided to add to today's post. After my union meeting I walked home and spent some time with Lisa and the boys. I had to go over spelling with our youngest son. His brother was sick and stayed home today. It was, I believe the same 24 hour bug that the rest of us have had, and he is all better now.
Now, it is a bit ofter 10 PM. I am enjoying a Sam Adams Cream Stout and watching the military channel. As soon as I finish my beer I will take a bath, get ready for bed, read for a while and go to sleep.
Posted by Cajun Huguenot at 21:55 Aucun commentaire:

Yesterday, Lisa boiled shrimp and that is what I had for supper. They were sooooo good. After eating I took my camera out on the front porch and took pictures of the beautiful full moon that was rising in the early evening.

Tonight, I have a union meeting to attend. 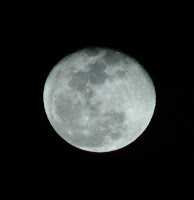 Lisa cooked another of my favourites-red beans and rice. I helped by cutting up the sausage and adding it to the pot.
Coram Deo,
Kenith
Posted by Cajun Huguenot at 15:26 Aucun commentaire:

I worked off of Graveyard shift this morning. The first night of the shift was a bit busy, but the rest of the nights at work were very non-eventful, which is what I like. I cooked Pain Perdu (i.e. lost bread or French toast) along with bacon and sausage for the crew one evening. It was very good.

When I got off work this morning it was freezing here in SW Louisiana. We hit 31 degrees. All the yards and roofs of houses were white with frost. I enjoy this kind of weather, but I dress for it and we only experiance it a hand full of days in any given winter.

Here in South Louisiana, we are moving toward Mardi Gras so the King Cakes are everywhere. I brought the first King Cake to work this year and two more have followed. These cakes are so good.

The boys started back to school last week and Lisa is doing her regular job and teaching a Pilates class several days a week.

I finally finished reading Ivan's War: Life and Death in the Red Army, 1939-1945. It is a book I started a long time back, read a bit, put it down for a time before picking it up again. It is a good book, even though I picked it up an set it down several times before finishing it. I also finished reading second century bishop of Antioch, St. Theophilus' three letters to Autolycus.

My buddy TK, who works at the refinery dock, is on the same shift with me for 2009. He and I met at a Waffle House after work this morning, to visit and eat breakfast before heading to our homes.

That's about it for now.

I have nothing against Alabama fans, BUT...
Before tonight, I had never before pulled for a non-SEC team when they played an SEC team in a bowl game. I did so tonight. I wanted Utah to beat Saban sooooooo badly. I did not think it would happen but it was so good to see Saban loose.

LSU ended the season on a high note and saban went down in flames. It was not so bad a football season after all.

Sorry Bama, nothing personal, but saban sucks. He is not fit to smell the Bear's dirty socks.

New Year's Eve, Lisa and I went dancing. We "passed a good time"(that's an old Cajun phrase), danced until midnight and returned home 30 minutes into the New year. The boys were excited because they had permission to stay up all night (or as long as they could make it).

I also watched LSU beat up on Georgia Tech. I was so glad to see that the LSU's football team showed up ready to play for the game. They didn't show up for a bunch of the games in the regular season.

New Years Day, Lisa got up early and met some of her friends/co-workers for excercise and breakfast. I got up, ate a toasted English muffin with butter and homemade fig preserves and drank tea for breakfast. 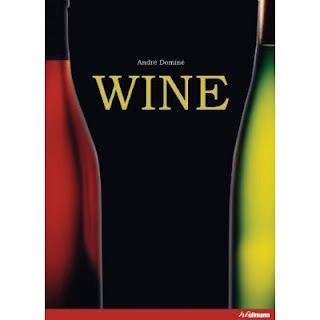 After breakfast, I got a volume of the Church Fathers, poured another cup of tea and went to the porch and read for a while. I also had my book Wine, by André Dominé, which Lisa gave me for Christmas and I'm very excited about.

After Lisa returned home, we began taking down Christmas decorations. That took a while after that Ispent some time with the boys and the dog in the yard.