Today is the last of my days off. I start daylight shift tomorrow.

I ended last night standing on an extension ladder, replacing the ceiling fan in the foyer. The ceiling fan has not worked since Hurrican Rita. During the storm water poured through the ceiling, down into the fan and filled the center light globe full of water. I started today doing the same thing that I ended yesterday doing. I had to take down the new light fixture and re-hang it. It’s a large 9-bulb light that hangs on a five-foot chain. It is very nice. Of course Lisa picked it out.

Next I removed three other lights in the hall (Lisa and Morgan did not like them) and I “safed up” the wiring in the wall and covered the holes with sheetrock. I did other odd and ends, then Jeff Nordstrom picked up the little boys and me and we headed for Longville.

On his trailer, Jeff had a compound mitre saw that he sold to Terry; we took the saw to Terry and then we loaded up a cord of wood (or so) on the trailer for Jeff. After that we went into Mom and Dad’s house and visited while enjoying a cup of Dark Roast Community coffee.

When the boys and I got home we fond that Lisa and Morgan had gone to eat at Chile’s. They returned with lights for Morgan’s room. I just finished installing them.

now I am going to install another light in the upstairs hall; when that job is finished I plan to get a cold beer and head for the tub where I plan to soak for a nice long time with my beer and a book (Armageddon: The Battle for Germany, 1944-1945).

Coram Deo,
Kenith
Ps. BTW I finally finished JND Kelly's book Early Christian Doctrine. Turnarounds, hurricanes, and post hurricane home repair have caused me to take way too long to read this work. I found it very informative. I also finished Athenagoras' A Plea For the Christians (circa 177 AD) which he addressed to Emperor Marcus Aurelius and his son Commodus.
Posted by Cajun Huguenot at 21:15 Aucun commentaire:

We had a very merry Lord’s Day Christmas. Our family opened gifts on Christmas Eve so we would not be rushed to get ready for Church on Christmas morning. We were rushed anyway because I forgot to set the alarm. We made it to worship services at Covenant (Sulphur) Church on time, but woke up to late to go to Bethel in Lake Charles.

Pastor Mark was filling both pulpits and he told me that we would have heard the same sermon no matter which service we attended. After Church we came home ate and got ready to go head for Longville and meet with my family (this was very unusual, we usually stay home on Christmas, and we like it that way, but the family could not get together earlier this year).

Monday after Christmas Lisa and I worked on storm damage (the saga continues ad nauseum). Pastor Mark came over as we were quitting for the day, so he and I went to the front porch where we each enjoyed a fine cigar, liquid refreshments, a nice fire and stimulating conversation (I enjoyed these things and I think he did also). It was a good end to a hard day's work.

Now I am off to say prayers with my young sons (who have been allowed to stay up extra late tonight). Then I hope to retire with a book.

Hopefully this is my last shift to work until after Christmas. I work off in the morning and (if no one calls in sick) I will not return to work until next Thursday on days.

I spent the last three hours of my shift last night outside in 35 degree weather. We had some minor problems because of the cold that kept us out there. It shouldn't be as cold tonight and we are doing things to avert the same problem on this shift.

After having a busy late shift, I had to stay over for a couple of hours this morning. I did not get home until eight o’clock this morning. That cut into my sleep time a good bit. When I woke I did some more painting in the living room. We are trying to get it put back together so we can have one good, undamaged room in the house for Christmas morning.

Matt brought a couple of deer roasts to cook for our supper tonight, so we are hoping to eat good this evening.

My throat is scratchy and my nose is starting to run. This does not bode well for my days off. Oh well. We will make the best of it. 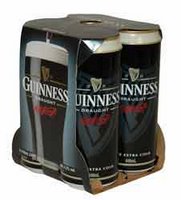 I finished my first of four graveyards yesterday morning. After work I listened to a discussion between R.C. Sproul and Abdul Saleeb titled The Dark Side of Islam as I drove home. After arriving at the house I popped open a can of Guinness Drought and drank it slowly while I finished listening to this section of the 5 part series.

After that I went inside and went to sleep. Lisa woke me at 1 PM. I worked on hurricane repairs until it was time to get ready for work again.
Posted by Cajun Huguenot at 02:12 Aucun commentaire:

These are busy times. We're making slow progress repairing hurricane damage around the house. I have taken the come-a-long off of the garage. I had used it to square the garage back up (after a very large oak fell on in during the storm). The garage still needs a lot of work, but I have been mainly working in the house during my last set of days off.

I took a break Friday and MK and I took our boys to see The Lion the Witch and the Wardrobe. I thought it was very good.

Saturday too, I did not get much work done. That morning Gary J, Toney B and I made a run to Specs Liquor store in Beaumont, TX. It is big and has a very large wine selection. I bought some wines.

Sunday we worshiped at Covenant PCA in Sulphur.

Today I cooked breakfast for the family. I made pain perdu (that’s the Cajun name for what most folks call French toast) for everyone. It’s a favourite for the kids and is always a special treat.

The rest of the day was spent working on the house, napping before coming to work and starting this set of graveyards.

Work, work and more work. I am now back on daylight shift. I worked of graveyards Monday morning. So my time off was only 24 hours and much of that was spent sleeping. When I was awake I was pretty useless due to a bad headache, which is unusual for me.

The only thing I did Monday that I would consider worthwhile was I to spend a little time with the family. That was good. 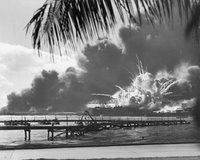 It is growing cold outside and it is very wet as well.

We have been fairly busy at work this evening, but that is ok because they are paying us a good wage to come here and do a job.

I work off in the morning, but have to come back to work on Tuesday days for overtime. I will have no days off this coming week. My next day off will be Thursday of the following week. Yuk.

I can use the money to get more work done on the house. I drove to night, so in the morning Gary and I will have beer (or Bourbon) at his place before I head home to sleep.

I’m back working at the refinery. I worked on the garage and the house while on vacation for Thanksgiving week. I needed to come to work so I could have a break and let my body stop hurting.

During my days off I did get a new deck put on the garage and rebuilt its north gable. I also replaced a bunch of sheetrock in Morgan’s closet. I also got our insurance information to the mortgage company, so I am hoping they send us some of the money to continue house repairs.

We’ve spent about $10,000 on repairs thus far and have a lot more to do. I’m doing most of the work myself so we will have enough money to do the needed repairs, plus contractors are hard to come by. Most of the ones I’ve spoken with have said it would two or three months before they can even think about getting to our house. I can’t wait that long.

The vacation wasn’t all work. I did get to spend some time on our now cluttered porch with some friends on a number of evenings. Lisa and I spent some time on the Porch with, MK and Lisa, Pastor Mark and his lovely wife-Peggy, and Gary J. We had some good wines, beers, mixed drinks and even a cigar or two.

I read what I believe to be a VERY good article written by Pastor Mark. It’s titled The Westminster Standards vs. the Current Controversy (it is also here). I found it to be reasonable and refreshing to read on the current hoopla over so called “Federal Vision.”

I do hope reason well return to the Reformed Camp and these issue can be discussed without all the hyperbole and fireworks that been seen in the past.